Extraction of essential features from the image

Extraction of a feature from the image is done on the basis of color and/or shape. The feature detection algorithm relies primarily on the color and intensity aspects.

The approach is described below :

For the detection of Ball, Blob detection is used. Local extrema are used to segregate the ball. The detected features are then sent to the localization thread for localisation. 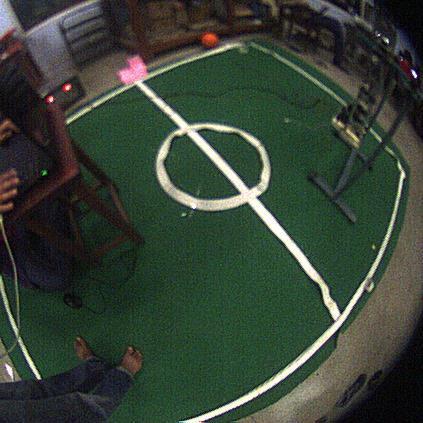 This module enables the robot to determine its own position within the soccer field. Monte Carlo localization is used.

Particles for the localization model are randomly chosen within the field area and probability of each particle is calculated based on distance from observed landmarks. The Localization module serves to identify the global position of the humanoid using landmarks for computing a probability density function associated with the current predicted position.

After the detection of field lines was achieved on a fish-eye lens, the Localization module was updated to incorporate this information into its prediction. Some results of Monte Carlo Localization are given. 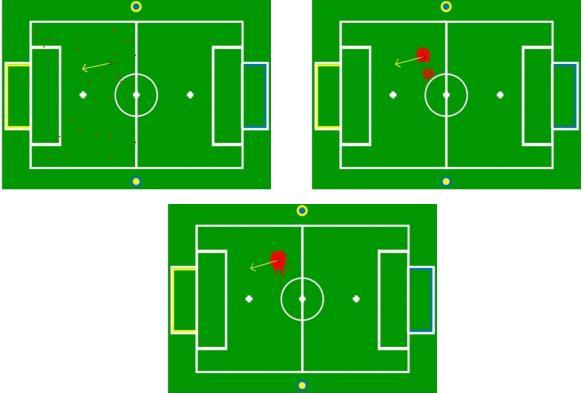